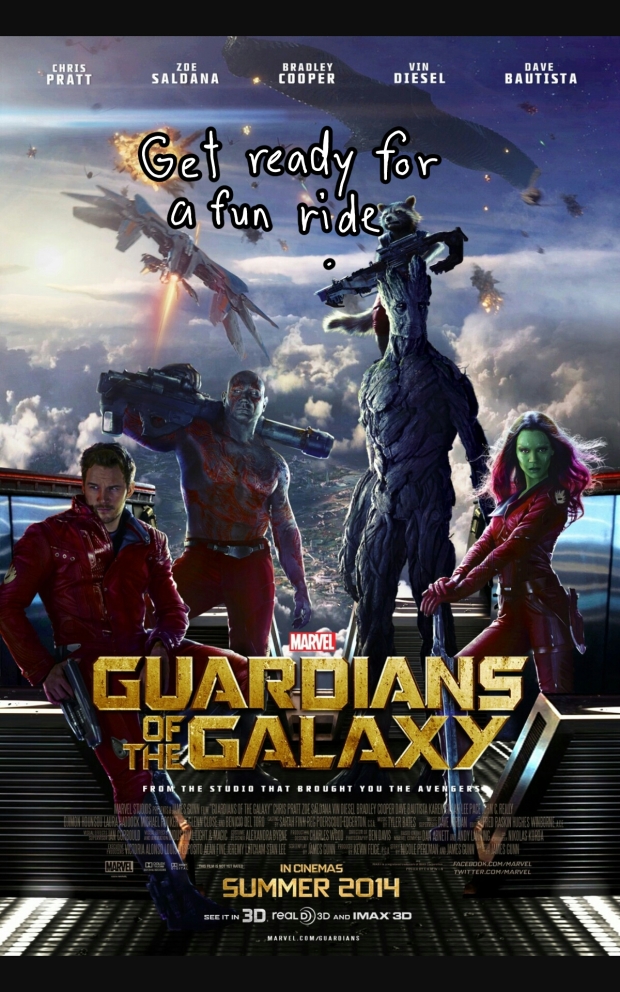 Released in 2014, Guardians of the Galaxy is the new kid on Marvel’s block of comic book adaptations. Featuring a band of less than savory characters who become unlikely heroes, the film also is an unlikely success that managed to sidestep many pitfalls common to comic book films with slick presentation and cleverness.

First off, the cast is quite good. Going into this film, I was not one who was necessarily a fan of any of the actors, per se. It was more ambivalence than anything else, but I was surprised at how the actors won me over with their solid portrayals. Chris Pratt makes a dashing and charismatic leading man (and his famous transition from comedic fatty to svelte fox didn’t hurt). Zoe Saldana entertained me more in this film than any other role of hers, even more than as Uhura in Star Trek. Bradley Cooper stole the show as mutant raccoon Rocket, and he didn’t even have to rely on his good looks, which is a testament to his skills. Even Vin Diesel, with his minimal lines as Groot, brought to life a CGI character who added so much life and, dare I say, cuteness to the party. 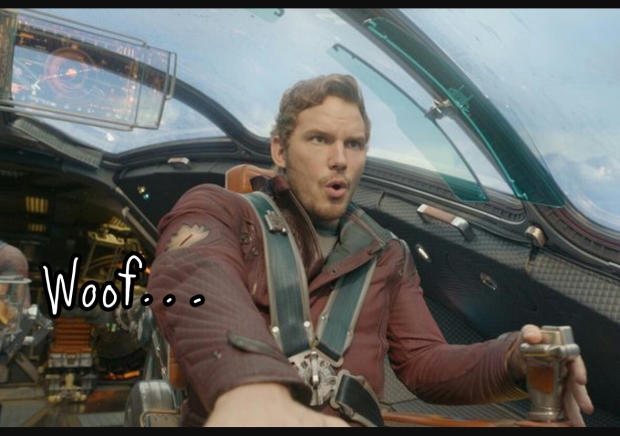 Lee Pace also gave a great performance as the film’s villain, even if you didn’t recognize him under that makeup, which is just another addition to the many roles this underrated actor has played. Even Karen Gillan, of Doctor Who fame, was fun to watch, even if I missed her Scottish accent.

I’m glad that the characters were so engaging, because the plot of the film was probably the weakest point. It wasn’t bad, but it was pretty straight forward and I got the sense that there was an implied wink and nod that suggested, “just stick with it, we’ve got big plans for this stuff”. Of course, the plot was serviceable in that it provided the means for all the characters to act and interact, but I had figured out all the twists and revelations in the first half hour.

I suppose that I could chalk up my lack of surprise to the mythic nature that comic books and their stories tends to follow, and in that sense the film did very well. In fact, I even found myself wondering if this film was the next big Star Wars type thing, but we have yet to tell on that.

Further, the wink and nod tended to address the fact that much of the plot has that been there done that feel. In particular, one fight scene was humorously abbreviated by a character’s use of a secret weapon that has been hinted at all through the movie. It still conveyed his danger, but it didn’t burden us with too much unnecessary action. In general, the film didn’t *try* to take itself to seriously, which allowed it to deliver fun times and gorgeous special effects without leaving the audience to worry about the film meeting drastic expectations.

Marvel was also a little too obvious with its attempts to plug this movie into its current franchises. While assembling The Avengers together film by film has so far been a successful undertaking, I get the feeling they are going to do more later, and hopefully they don’t tarnish what Guardians of the Galaxy seems to be doing well all by itself so far.

The biggest risk, I think, with this film was tying pop culture into a science fiction story. Film history is replete with attempts to do this that come off as tacky and exploitative, but this movie nails it. Not only is the soundtrack fun and classy, it is also part of the back story. The risks this film took on all paid off because all of the elements synergized wonderfully.

While Guardians of the Galaxy was not series I was previously familiar with, I am now eager to see what else is coming when they return.